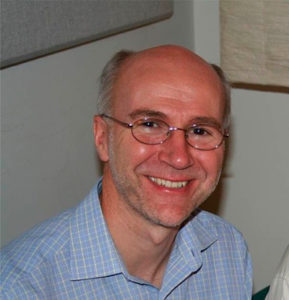 Simon has spent 30 years working in clinical trials, mostly in the pharmaceutical industry but also including five years at the UK and European regulatory agencies.  He now works as a statistical and regulatory consultant to pharmaceutical and biotechnology companies around the world.  He specialises in training and consulting on drug development programmes, scientific advice / end of Phase II meetings and preparations for oral explanations and advisory committees.  He is particularly well known for his work in the area of developing treatments for rare diseases.

He is a former president of the International Society for Clinical Biostatistics.  He is joint editor of Statistics in Medicine, on the editorial board of Translational Sciences of Rare Diseases, and previously joint editor of the Journal of the Royal Statistical Society; he has also served on editorial boards on a number of other journals, including Pharmaceutical Statistics, Controlled Clinical Trials and British Journal of Clinical Pharmacology.  In 2012 he was elected a Fellow of the Society for Clinical Trials.

He has served on a variety of data monitoring committees both for industry- and government-sponsored trials.  He is chairman of the External Advisory Panel for the Department of Statistics at Oxford University and an Associate on the faculty at Johns Hopkins University in Baltimore.  He formerly served as vice-Chairman of the West London Research Ethics Committee.  He has given numerous lectures and courses on statistics and clinical trials all around the world, including courses at the FDA on development and regulatory assessment of orphan drugs.