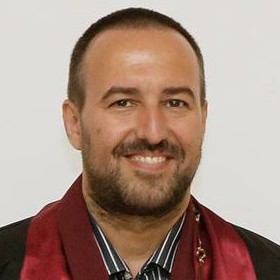 Rumen Stefanov is a medical doctor and professor in public health at the Medical University of Plovdiv (Bulgaria). He is the director of the Institute for Rare Diseases in Bulgaria – a leading interdisciplinary and multifunctioning rare disease platform, offering a comprehensive and coherent framework that covers various aspects of rare diseases and orphan drugs at national and regional levels.

Prof. Stefanov has successfully launched several pilot projects on rare diseases in Bulgaria and Eastern Europe – the Information Centre for Rare Diseases and Orphan Drugs (2004), the Eastern European Conferences for Rare Diseases (2005-2011), the “RareDis” medical center (2009), the Centre for Health Technology Assessment and Analysis (2013), as well as he has initiated and contributed to many rare disease initiatives in Russia, Romania, Turkey, Ukraine and other countries in the region.

Prof. Stefanov is a recognised expert in the field of rare disease policies at national and European levels. At national level, he is currently the chair of the Committee for rare diseases at the Ministry of Health (Bulgaria). He has chaired also the expert working groups, responsible for the creation and implementation of the Bulgarian national plan for rare diseases (2006-2008) and the Ordinance for establishment of a registry and expert centers for rare diseases in Bulgaria (2013). At international level, Rumen Stefanov has been a member of the EU Rare Diseases Task Force (2004-2008); the drafting group of the EU Communication for rare diseases (2008); EU Committee of Experts on Rare Diseases (2010-2013); State Authority representative at the European Commission Expert Group on Rare Diseases (2014-2017); Member State Authority representative in the Cross-border expert group on European reference networks (according to Art. 12 of Directive 2011/24/EU); Member State Authority representative in the Board of member states of the European reference networks (2014-current); member of the Interdisciplinary Scientific Committee (ISC) of the International Rare Diseases Research Consortium (IRDiRC) (2012-2018).