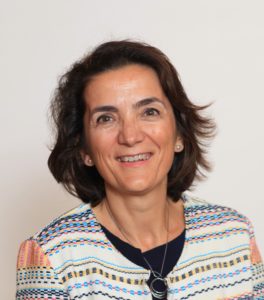 Dr. del Toro obtained her medical degree from the Universitat Autónoma de Barcelona, Spain, in 1989. Following this, she specialised in Paediatrics, completing her training at the Universitat Autónoma de Barcelona in 1995, after which she joined the Hospital Vall d’Hebron Barcelona as a Paediatric Neurologist. As a Consultant and Coordinator of the Metabolic Unit, she has gained experience caring for patients with inborn errors of metabolism and promoting clinical research participating in clinical trials. The Metabolic Unit is a Reference Centre in Spain (CSUR), as well as in Europe (ERN), for children and adult patients with metabolic disorders. It is part of the Newborn screening program in Catalunya and provides also a specific program for transitioning patients from paediatric to adult care. She has published more than 50 articles on inborn errors of metabolism, as well as more than 10 book chapters on metabolic and has presented her work at several international conferences. Additionally, she participates as an investigator in multicentre studies and clinical trials on metabolic disorders.

In relation to Rare diseases Dr. Del Toro has been involved in the Rare Disease Committee of Hospital Vall d’Hebron since 2013 and is the actual President of the Comittee since 2020.

She is also member of some other diferent comittees on Rare diseases in Catalunya: Advisory Comittee for RD of the Catalan Health department, Comittee for RD in Institut Català de la Salut and Platform for RD (related to patient assosiation’s).

At an international level and regarding the ERN she is coordinator of a worckpackage, member of the Executive Board and representative for the EJP.